It seems like only yesterday that we were getting excited about the unveiling of the performance version of the CR-Z and now we are hearing that it will be on sale in the UK as early as February 2013.

If you didn’t know already, the Mugen 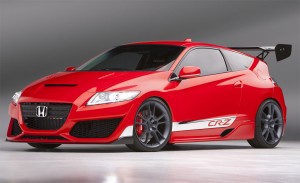 will use the same 1.5 litre hybrid engine as the standard Honda CR-Z but it comes with a supercharger which means one thing…. More power! In turn the Mugen will produce 154bhp, that’s 42 more horses than the standard model. Including the electric motor, the Mugen will produce around 180bhp. Mugen have also made adjustments to the track, fitted stiffer springs and made some changes to the ECU.