If you have forgotten about the Honda Micro Commuter, let us refresh your memory. The Honda Micro Commuter first arrived on the scene back in 2011 at the Tokyo Motor Show as a concept car. It has been billed as direct competition for the Renault Twizy, which is hardly surprising given its looks. Obviously then, the Micro Commuter is a tiny electric vehicle, it can seat the driver and one adult passenger or two child passengers. 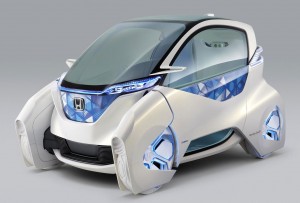 The Micro Commuter is lighter than its Renault rival and Honda has stated that it will reach speeds of 50mph and have a range of 37 miles. There are some solar panels on the roof, unfortunately however, these will not contribute to powering the vehicle, buy rather, they will generate power for the tablet device which features the speed dials etc. and doubles as a rear view mirror. 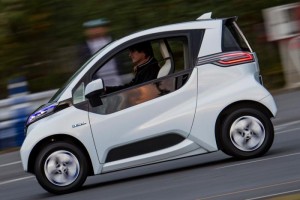